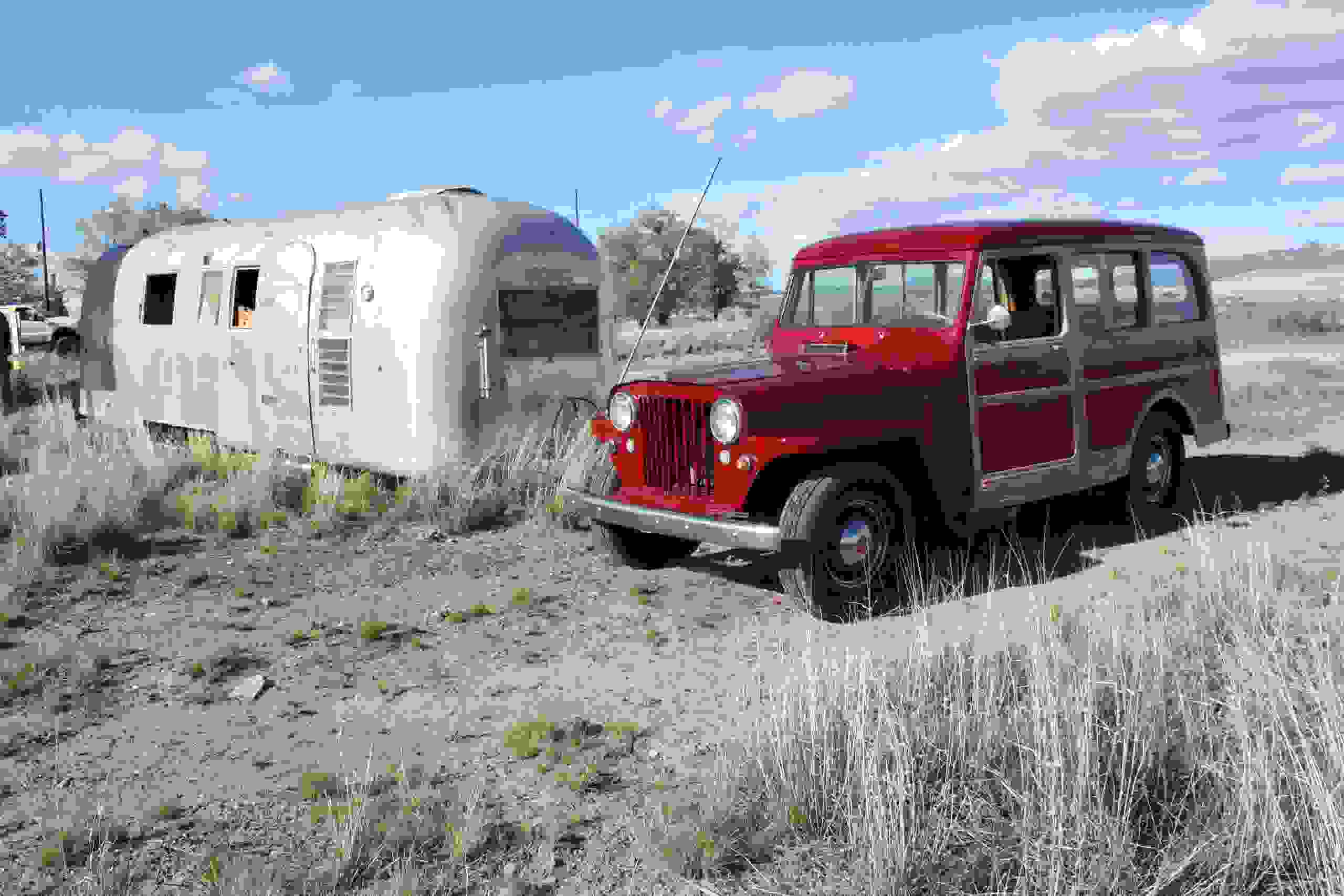 Our adventure on Route 66 began in 2003 with the purchase of a house on Route 66 in Seligman, Arizona that we restored and which became our home. Our next goal was to start a local business on Route 66 in Seligman. A few blocks down the street from our house on Route 66 was a forgotten historic building that had been built in 1904 and was owned by an elderly neighbor, Lupe Munoz. This building had housed the store that had been in Lupe's family all of her life, but as she became older, she found it impossible to continue its operation.  The store had been her life all those years, and despite the fact that she was unable to keep her treasured business open because of her age, she hesitated for years to sell it to anyone else.

Since we were in the process of looking for a store or a building on Route 66, we approached Lupe and inquired if she  was interested in selling her building. She told us that since she saw the work that we had put into the restoration of our residence, she felt comfortable selling her beloved store to us, feeling confident we would bring it back to life while retaining its history and charm.  We purchased the building from Ms. Munoz in 2005.  This began the next phase of our Route 66 journey.

(The Restoration of the Seligman Sundries)

Since the business had been closed for a number of years before we purchased it, we faced the challenge of upgrading the building to comply with current code regulations to ensure that the structure was safe.  After 2 years of cleaning, repairing, sorting through its contents and forgotten treasures, and completing county code compliance upgrades, we opened for business as a coffee shop, gift shop, museum and Route 66 attraction in early May, 2007 as Historic Seligman Sundries.

In September, 2014, we sold the business and building so that we could expand our horizon and devote time and energy to traveling down Route 66, meeting new friends and visiting all the unique landmarks that Route 66 offers. We have continued to maintain our house on Route 66 in Seligman, Arizona.

We started documenting by route 66 videos and photos our Route 66 Experiences in 2009. As we continue with our video and photography documentation of Route 66 today, we focus on events, people, and interesting travel destinations in all 8 states through which Historic Route 66 winds.

Preservation on Historic Route 66 and refurbishing of historic structures are found on Route 66. R.I.P Gary Turner who turned the replica Sinclair gas station into a popular destination in Missouri

Enjoy our collection of our Route 66 videos from 2009 until the present. We continue to document Route 66 attractions and travel Historic Route 66 Frank and Lynne Kocevar